Things to do in Aberdovey

Home » Things to do in Aberdovey

Best things to do in Aberdovey & Mid Wales 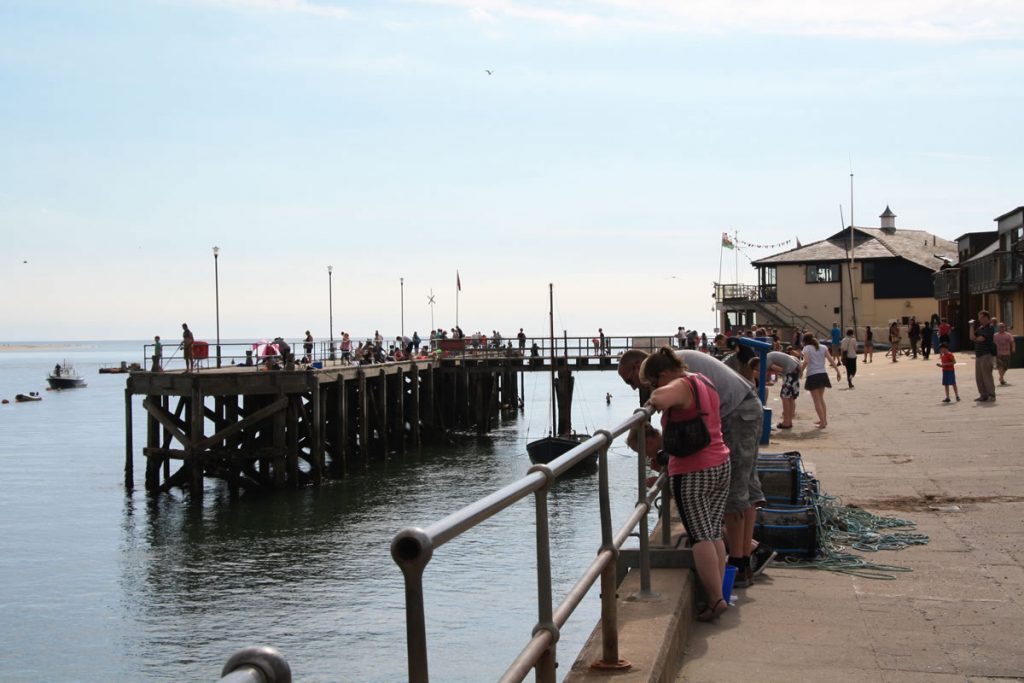 Many visitors to Aberdovey are there for rest and relaxation, and are content with long coastal walks, afternoon tea in one of the village’s cafes, or just admiring the local scenery. If however you’d like to experience a little more of what this part of Mid Wales has to offer, here are our top tips of the best things to do in Aberdovey and this lovely part of Wales.

Things to do in Aberdovey and mid Wales

Aberdovey’s unspoilt beach stretches for five miles west from the village centre to the mouth of the River Dyfi, then north along the shores of Cardigan Bay to Twywn. Even on the busiest bank holiday weekend you won’t have to walk far to find a patch of glorious golden sand all of your own.

The flat, sandy beach is perfect for sandcastle-building, or just spending lazy afternoons on a deckchair with a book.

Aberdovey jetty is situated in the village centre. Crab fishing is great fun for kids and adults alike. Buckets, crab-lines and bait available from lots of shops in the village.

Don’t forget to return the crabs safely to the sea once you’re done.

Things to do at Dovey Yacht Club

Dovey Yacht Club is a very friendly club which caters for Dinghies, Cruisers, Sailboards, Paddleboards and Kitesurfers! The club house is located on the wharf with stunning views over the Dovey estuary!

The club offers a range of facilities, and welcomes new sailing and social members. Kite surfing is a wind based surface water sport using a kite and a board to move across the water. From basic power-kite flying through to kite buggying, kite mountain-boarding and kite surfing. Kite-powered sports are easy to learn, yet can provide challenges for even the most ambitious.

Aberdovey Golf Club was founded in 1892. It is a famous 18 hole links course located near the railway station flanked by the dunes of Aberdovey beach on one side and the hills of Snowdonia on the other. It is world-renowned, having been described frequently and lyrically in the press by Bernard Darwin, the famed golf writer, who was a notable member of the club. In 1895, it was the location of the first Welsh Golfing Union Championship.

The Talyllyn Railway (in Welsh Rheilffordd Talyllyn) is a narrow gauge railway that rums for 7 1/4 miles from Tywyn on the Mid-Wales coast to Nant Gwernol near the village of Abergynolwyn. The line was opened in 1865 to carry slate from the quarries at Bryn Eglwys to Tywyn, and was the first narrow gauge railway in Britain to carry passengers using steam haulage.

In 1951 it became the first railway in the world to be preserved as a heritage railway by volunteers. The fictional Skarloey Railway, which formed part of The Railway Series of children’s books (Thomas the Tank Engine) by The Rev. W. Awdry, was based on the Talyllyn Railway. The preservation of the line inspired the Ealing Comedy film The Titfield Thunderbolt.

A similar experience is available at the Corris Railway https://www.corris.co.uk/

15 miles from Aberdovey is the “Land of the Little Trains”, a chance to step back in time and enjoy a trip on a steam train. The railway and museum are run by enthusiastic volunteers, experts in all aspects of steam engines and railways. Check the website for timetables and details of special events.

Between April and September each year the Dyfi Osprey Project is home to a breeding pair of Ospreys, one of only a few pairs in Wales. It’s run by the Montgomeryshire Wildlife Trust on the Cors Dyfi Nature Reserve near Machynlleth on the West coast of Mid-Wales, only a short drive from Aberdovey

Sharing the reserve with the Ospreys are around 100 species of birds, over 500 species of moths, grass snakes,  lizards, otters and numerous other plants and animals.

There’s on-site parking and visitors can use the purpose built 360 Observatory to view the Ospreys and their chicks. The project staff and volunteers are really helpful and are often on-hand to show visitors the ospreys, point out other wildlife and answer questions.

One of Wales’ most unusual visitor centres, the CAT is all about using science and technology to deliver a greener future. The focus is firmly on hands-on exhibits and science experiments, and the large site offers a huge amount of space to explore and see the technology in action. There’s also a fantastic on-site cafe, and don’t miss the unusual water-powered lifts.

The 2.5 mile walk up to the spectacular Dolgoch Falls is well worth the effort to experience the water cascading down the mountainside through a series of pools and into a rocky ravine. The falls are particularly impressive after a period of heavy rainfall – you’ll be able to hear the thunder of the water as you approach along the path. 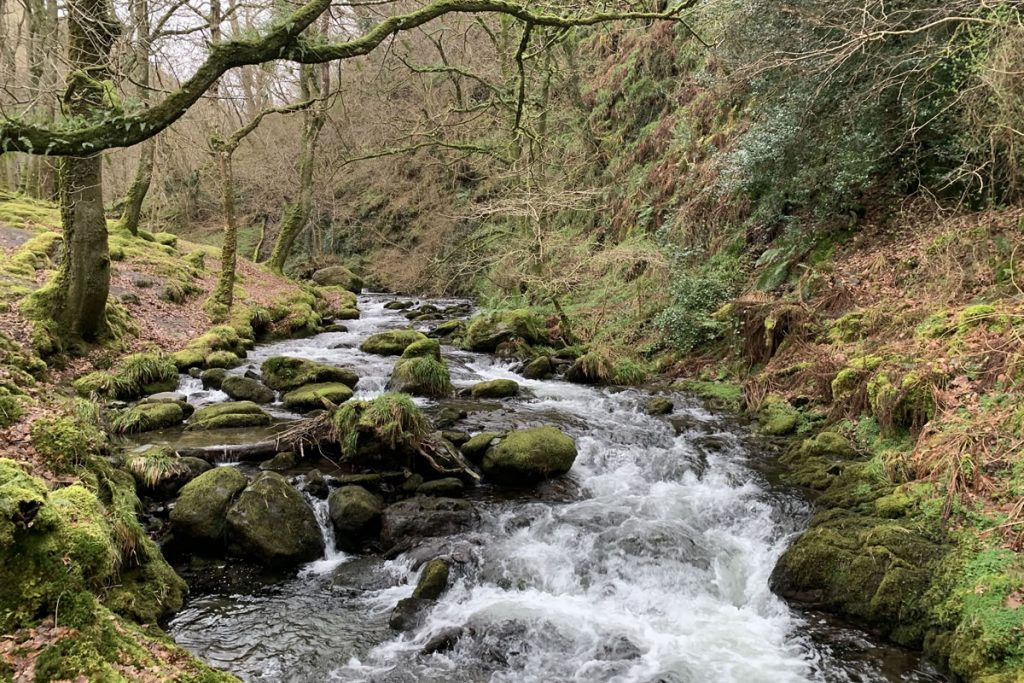 Find out all about the legend of King Arthur on an underground journey through some of the most spectacular caverns in Wales. This storytelling adventure experience is suitable for all ages, and as the caves are completely enclosed, it’s the perfect day out when the Welsh weather is less than perfect. There’s also a craft centre on site where you can see the craftspeople at work and buy some souvenirs to take home.

Harlech Castle is a Grade I-listed structure built on a spur of rock overlooking the sea. It was originally built by Edward I during his invasion of Wales between 1282 and 1289. UNESCO consider it to be one of “the finest examples of late 13th century and early 14th century military architecture in Europe”, and it is classed as a World Heritage site.

The castle played an important part in several wars, withstanding the siege of Madog ap Llywelyn between 1294–95, but falling to Owain Glyndwr in 1404. After its fall it became Glyndwr’s headquarters until being recaptured by the English in 1409.

During the Wars of the Roses, it was held by the Lancastrians for seven years, before Yorkists forced its surrender in 1468, described in the song Men of Harlech. During the English Civil War the castle was held by forces loyal to Charles I, holding out until 1647 when it became the last fortification to surrender to the Parliamentary armies.

Borth Wild Animal Kingdom is dedicated to conservation and the rehoming of endangered animals. On a little hill by the sea, overlooking the beautiful Ceredigion coastline, sits this haven for exotic animals and home for rescued pets.

Just a short walk from Borth railway station and the beach it’s a place where you can get up close and personal to over 100 different species of animals, birds, reptiles and insects to learn about them and gain a better appreciation for all kinds of wildlife.

Bwlch Nant yr Arian Visitor Centre sits at the head of a dramatic valley and has commanding views of Cardigan Bay and the Cambrian Mountains. It is well-known for its long established tradition of daily feeding of red kites, Wales’s National Bird of Prey.

Nowadays, the red kites are fed by the lake every day at 2pm in winter (GMT) and at 3pm in summer (BST). You can expect to see as many as 150 kites coming in to feed – there are often more during winter months.

Bwlchgwyn is a family run working sheep and cattle farm along with its Pony Trekking Centre. It was established in 1957 and has a good selection of horses and ponies suitable for persons of all ages and abilities. The farm is situated off the A493 between Fairbourne and Arthog.

It would be a shame to come to the Snowdonia National Park and not ascend the mountain which gives its name to the area. The easiest way up is using the Snowdon mountain railway, with trains departing from the station at Llanberis.

The journey up the mountain takes around an hour, and buying a return ticket gives you 30 minutes at the summit for some sightseeing, photographs and a quick look round the Visitor Centre. https://snowdonrailway.co.uk/ If you’d prefer to do it the hard way, then there’s a path which follows the route of the railway. Or get the best of both worlds by getting the train up, and walking back down.

Cadair Idris or Cader Idris is the second highest mountain in Wales. It lies at the southern end of the Snowdonia National Park near the town of Dolgellau. The peak, which is one of the most popular in Wales for walkers and hikers has classic glacial erosion features such as cwms, moraines, striated rocks, and roches moutonnées.

There are three main trails that lead to the top of Cadair Idris, the Pony Path, the Fox’s Path and the Minffordd Path.

Further south along the coast from Aberdovey is the university town of Aberystwyth, home to the National Library of Wales, a medieval ruined castle and the Ceredigion museum. It’s a small, compact town which is easy to get around on foot. Aberystwyth has a larger selection of shops, bars and restaurants than Aberdovey and is the perfect place to stock up on supplies.

More things to do in Aberdovey & Mid Wales

If you’ve got suggestions for other exciting things to do in or around Aberdovey and Mid Wales, or you’d like to recommend a local visitor attraction please let us know.